“A human being is a sensitive being who can experience a trauma in his life that can affect physical health as well as mental health.” Dr. Andras Spanik on the psychosomatic approach. 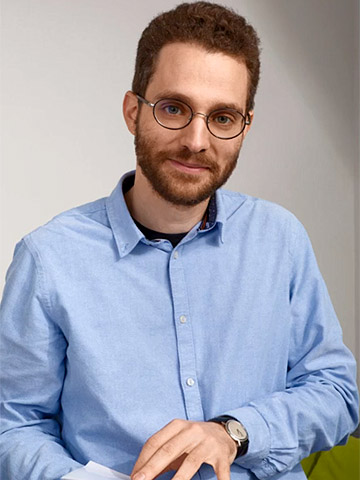 At the beginning of the history of medicine, in the time of Hippocrates, for example, the issue of health and disease was dealt with more comprehensively than we are accustomed to in modern medicine. Healers of that time had much less information at their disposal than physicians today, but the deepening of biological knowledge increasingly pushed the earlier universal approach into the background.

“Almost at XX. From the 16th century onwards, a new era in medicine began, as a result of which the body was separated from the soul. Tremendous progress has been made, with the discovery of antibiotics, for example, the use of the microscope becoming more widespread, and the discovery of bacteria and viruses booming. Doctors began to choose a specialty, which made it increasingly seem that the profession became literally with deep knowledge, they were familiar with a particular field, but often forgot that a human being is sensitive, traumas can occur that can affect not only mental health but also physical health“He’s starting Dr. Andras Spanikfounder and professional director of the Panorama Clinic who was asked about psychosomatics.

Not only the body, but the soul must be seen

As medicine advances, doctors apply the increased knowledge they have gained in their specialties according to protocols, which are the result of a natural process. However, there is still a need for people to take the holistic approach mentioned above, so to speak, which is still best represented today by psychosomatic medicine, which is perhaps more than knowing the mental and physical harmony of the whole person. “The human body, as a physician, must be seen as a complex system belonging to a more complex system, an increasingly diverse society, and the two cannot be separated from each other.Dr. Spanik, who adds hastily, explains that people in psychiatric care and psychiatry were under the guise of insanity and out of control in the past, even in the early 1900s.

It is essential that the doctor is aware of his feelings and mental problems.

It is difficult to achieve a change in attitude despite the fact that the psychosomatic approach has a long history in Hungary: we can think of Janos Selye, who created his well-known theory of stress, or Mihaly Balint, a medical psychoanalyst, who was also a perennial.

“In order for a clinician to credibly represent the trend that physical and mental complaints are closely related, it is essential that he or she is aware of his or her own feelings and mental problems, and he or she can see on his or her own skin to what extent it can help. In solving this, psychotherapy”- explains the professional head of the Panorama dispensary.

In loneliness, disease can be our companion

A recent study clearly showed that people under the age of 30 feel lonely more than ever in Hungary, and the pandemic has exacerbated that feeling.

At a time when the fragmentation of society and the isolation of people from one another is observed, the pressure on relationships is increasing.

“Being in the city today goes hand in hand with being away from a family environment: it has been quite natural for several generations to live together, help each other, and even have more direct contact with our neighbours. At a time when the fragmentation of society and the isolation of people from one another is observed, the pressure on relationships is increasing. At the same time, people are less aware of the psychological problems that arise from it, and prefer psychological care based on the health care system, which they fear, as many films and literature portray psychological treatments in the mold (psychiatrist never prescribes medication) and education). A lack of social support makes us all more mentally vulnerable, which greatly increases our chances of developing psychosomatic symptoms and illnesses.Dr. Spanik continues.

READ  Cancer research: science next to the family

The essence of the so-called psychosomatic complaints is that the pain of the soul also manifests itself in the form of some physical symptom.

Society is becoming fragmented, the number of divorces is much higher than it was a few decades ago, so are single parent families, there are more seniors on their own, and we generally live more isolated. Thus, if we do not have the social support we all need, we are more likely to develop anxiety and other mental illnesses.

“Society allows women better to express their feelings and air, while men are expected to be more rigid and resilient, although mental stress can cause problems in both sexes. Our recent positive experience is that more and more men are seeking psychotherapy help at the institution I run.– Finally Dr. Andras Spanik, who is of the opinion that spiritual factors cannot be ‘separated’ from any physical illness, since we can feel lonely in social coexistence, for example. These influencing factors are addressed by psychosomatic medicine, and they are all a Both adults and pediatricians consider a panorama clinic during their orders.

You may also be interested in this article Psychophysical weakness