Even before you get into the car, when you hold the outside handle, you can sense that something is wrong here. This is because the handle does not need to be pulled out, but the small switch on the inner surface opens the door. Of course, we will look in vain for the usual handle that pulls, but by touching the small metal surface on the door handle, the door closes. The solution, which at first glance seems superfluous stupidity, immediately reveals how good it is to use and that it can smuggle out a bit of a pleasant feeling even in a simple movement like opening a door. Because on the inside, in a traditional door opener you have to unlock with a pulling motion and then move the door away from you, in the NX you can solve everything from pressing the handle to unlocking the door with a continuous sequence of motions. A must try, really cool.

If for some reason the system has broken, then it is sure that it can be opened mechanically on a safe basis, in which case it is not necessary to press it lightly, but pull the handle twice and the door will open. The door cannot be opened electronically while driving, but even after stopping while the engine is running, it is still necessary to press the small open lock on the door before getting off. In addition to comfort, safety was also important when they dreamed of an electrically closed door, which, in conjunction with the blind spot display, would not allow the door to open if any vehicle, even a bicycle, approached from behind. 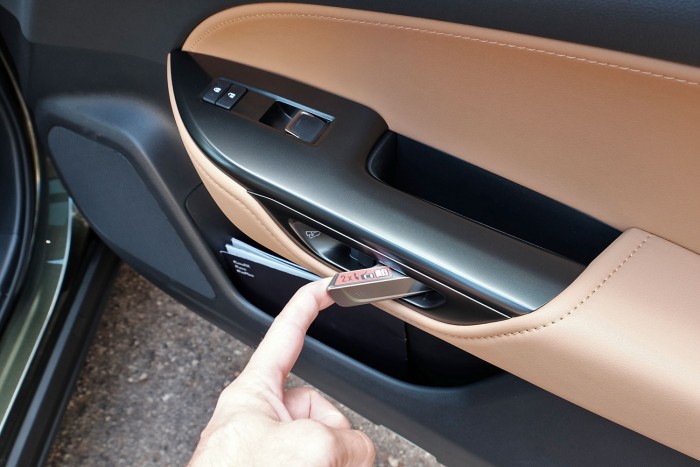 Usually you just need to touch it, pull it twice in case of emergency and the door will open

But it’s not the only amazing innovation inside. A huge 14-inch screen has moved to the center console, some buttons are gone, the number of real push-buttons has been reduced, the buttons are from 78 to 45, but what remains is somewhat logical. Fortunately, the buttons for the most important functions were preserved, so the climate control not only remained, but acquired a whole interesting shape, in the form of something round on the glass, the volume control survived the downsizing, but the very awkward touchpad disappeared in the soup . No harm in that. 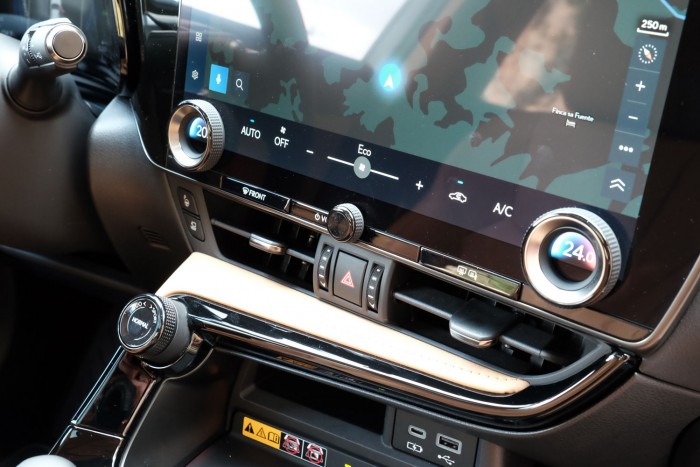 The on-screen system has also undergone major innovation, is more manageable, and more knowledgeable than we’ve ever seen from the brand thus far. The display resolution is good, the speed is no problem, and you can understand some of the voice control functions in Hungarian. And the optional head-up display is a miracle that, in addition to the usual functions, is also able to reveal its function on the windshield by clicking on the buttons on the steering wheel. The benefit of this is that you don’t have to take your eyes off the road while driving to see what function you just touched on the steering wheel. Like the doorknob, it is also a feature that must be tried live to make someone fall in love.

Nothing to say about the upholstery, the assembly, this is a Lexus where the seams are as straight as a ruler. Everything is in place, no jerks, no rattles, and it is pleasant to caress any surface, to whomever finds pleasure in it. In a larger body, the space is also larger, in the back row it is convenient to travel with a height of 190 cm. Its trunk is 40 mm longer than its predecessor, so 545 liters of luggage can be loaded, and the useful space can be increased to 1436 liters by folding the rear seats. There’s also space for small travel stuff, the classic and C are available from a USB charging point, it’s funny that the traditional one has moved forward, supposedly dad and mom still have old stuff, while in the back, the young ones only have a modern Cs socket. 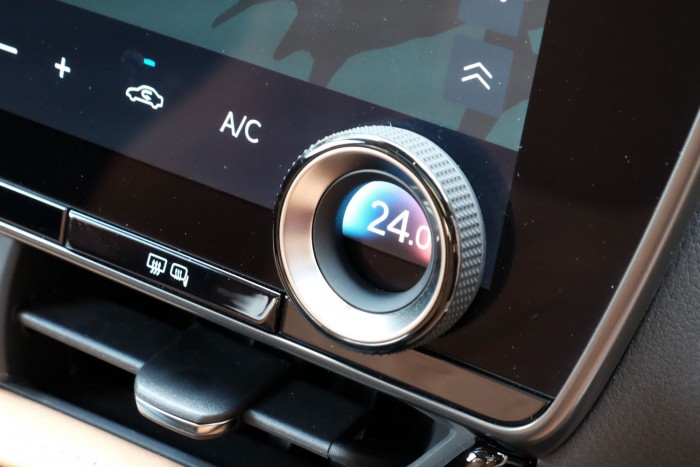